Johnny South said:
I’m glad to hear that my team is on the ball! I would really hate to see my coach take a “Tail kicking”, as you call it, and not try to rectify the situation!
Keep me informed Footbalizzlife! (by the way, is keeping up with Jerry your life’s calling?)
Click to expand...

Johnny South said:
I’m glad to hear that my team is on the ball! I would really hate to see my coach take a “Tail kicking”, as you call it, and not try to rectify the situation!
Keep me informed Footbalizzlife! (by the way, is keeping up with Jerry your life’s calling?)
Click to expand...

I’m also glad that me and you finally agree on something.

Footballizlife said:
You absolutely wrong…..funny thing is we will see who’s right and wrong when season starts. I’d bet 5k on this information to be accurate and legit. So just sit back and watch your beloved RS Coyotes roster as it adds the pieces to try to get to Jerry’s world. Funny thing is they had the family they needed and ran them out of town for absolutely no reason.
Click to expand...

First, the Ridgon spank off is old and pathetic. Even others that are not from RS are telling you to let it go. Take a hint.

Second, San Saba County has seen significant growth over the past 18 months. As have many counties in and around the hill country. In your eyes, anyone that moves into the RS ISD that has children that join the football team is an "AH HA!" moment. When in reality, it's just people moving. If you have evidence otherwise, then you should submit that to UIL. But you don't. I have friends that are closing on their new land / house next week. They have a son that will likely play football. No ... they weren't recruited. They've been looking for land in this area for 5 years and finally found some with my help. There is no conspiracy. There are no shady deals. Only your retarded imagination.

Oh and there's those 9 trophies. You know, I bet you have a poster of those 9 trophies on your wall. You wake up, see them, get pissy and start throwing darts at them. Only to realize that you don't have enough darts. That must suck.
T

51eleven said:
Yes, he has been a HC. I told myself I was going to stay out of this but since ford brought it up, and some of the comments on other threads by others as well as those here I feel compelled.
Apologies to the Rigdon's (whom I've never met) and Coach Lee if you frown on what I have to say. In these days of the world wide web if you look around info is available, much false and/or misleading (even on here, believe it or not!).
From a couple of short articles I found Coach Rigdon was HC at Samnorwood, named Coach of the year with a 4-5 record, by his peers in 2009. With a 5-1 record in 2010 after 6 games the school board met on a Tuesday night until 2:00 AM and decided to buy out his contract. They forfeited there last 4 games. According to Old Bearkat the team quit afterwards in protest and support of their coach per his post on Lone Star Football. They haven't played the game since. Maybe he stepped on someone's toe's or they just didn't like football.
I don't know the details and I don't care.
He does have HC experience, in a smaller arena. His kids were a little young to be involved in influencing anything. It's in the past. 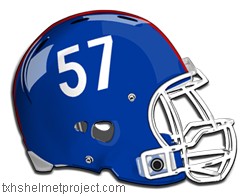 I highly doubt anyone at Strawn has a problem with what you post on here. Frankly, you are one of the more respectful people on here.
5

ArnaudAmalric said:
I don’t blame you I wouldn’t want to run anywhere these days either. I’d say more like the 2013 version of tonto. All that grub d lee is raking in plus the AD. High cotton and shamrocks. Surprised he’s a Pepsi man though kinda makes you wonder. Guys got it made. Looked it up samnorwood is closed. Your right there is a lot of articles floating out there. Crazy times we live in Jimmie.

Throw me out one of those music videos for tonto and the Lone Ranger. I bet you know something close
Click to expand...

Sure Mr. Hammer. It's one of my favorite all time overtures, as I grew up watching the show in black and white. But I always thought the apple on the head story was folklore. Until I read about it. Actually a Viking, not a Swede.

A Long and Rambling End
2

2nd Round Game by Game Breakdowns